In a data driven world, it is no question that having a reliable, efficient, and supported data ETL (extract, transfer, and load) process is key to many businesses’ growth and development.

As an IT data developer, the task to execute and integrate an efficient ETL process was one that took me a lot of time and programming to execute in a highly efficient manner. My experience was not unusual, thus it drove other developers to develop a product that has many IT data developers talking, Talend Open Studio, with its capabilities to modernize data flows and databases. 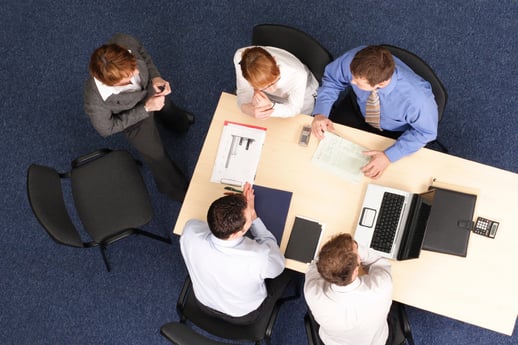 If you are a developer then you should consider the many advantages of leveraging Talend Open Studio for your ETL data needs like we do at Calance.

I started using Talend Open Studio for Data Integration a few years ago on a project for a client of ours in the healthcare industry involving data flows, reports, and data visualizations prepared for executives. This particular client did not have a commercial ETL tool, so I would have been stuck using custom code to develop the unique environment for this company.

Fortunately, back in 2008, Talend Open Source went live with their v1 software launch and changed the world of developer data extraction - historically one of extra hours of manually pulling data elements, and of barriers of steep learning curves for data integration projects both big and small - by providing a time saving solution.

With the introduction of its open source product for data profiling, application integration, and data conversion simplicities, to name a few, the options for developers grew alongside its now 2 million product downloads. Our team at Calance had been experimenting with Talend and had started using a number of different open source tools. And our client on this project was also interested in giving open source a try. From there we found Talend was the solution. In my opinion Talend Open Studio has its fair share of advantages over ETL processes of traditional methods. These include:

Just like any product on the market, open source or commercial, there are some elements that consumers would like to see adjusted. However, with Talend Open Studio, there are no real downsides to any element of the community supported platform that Talend has not in one way or another provided a solution for. If the consumer is wanting a commercial supported platform, Talend does offer this version for bigger projects. And for those who wish to utilize open source platform, its wide network of community supporters provides a real time, peer backed platform for developers to tap into for new plug-in patches, troubleshooting, and brainstorming of new developments.

Interested in learning more about our experience with Talend Open Studio?

Build Your IT Expertise

Stay informed on all the trends and best practices in the IT industry to protect and grow your business.

5 Ways To Make Your SharePoint Not Look Like SharePoint

So you've invested in SharePoint but you hate the look and functionality? This is a common concern with users that has long made the program...

Transform Data in Talend Open Studio Without Writing ANY Code

With only a few steps and without writing any code, flat file data can be easily transformed and uploaded into BI reporting systems like Roambi using...

Today’s technological landscape is one of lightning-fast innovation and constant development. Companies of all sizes and types are pushing to release...