As the healthcare industry gets more competitive, staying world-class is a

challenge for every hospital. To address these concerns, Boston
Children’s Hospital (BCH) initiated a series of development projects for

state of the art care facilities to increase their capacity to serve. The
budgets for these projects were significantly larger than in previous
years, so having a system to manage projected cash flow was critical.

BCH sought out a solution to integrate financials between Procore and PeopleSoft. They wanted a system which
would not require burdensome programming or complicated setup. Fortunately, Calance had a solution designed to
make integration straightforward and simple called Dimension. Dimension, is a cloud-based system that ties financial
data between many applications, with out of the box, configurable integration points between Procore and PeopleSoft.
BCH chose to implement the following integration points:
Forecasts*
Note: Forecasts is an export from Procore into Hyperion Capital Planning
These integration processes were configured for BCH, and rigorously tested to ensure that all project costs were
accounted for. The integrations keep 150+ projects in sync with PeopleSoft, down to the last penny. With Dimension
in place, Project Managers using Procore have a full and up-to-date view of all the costs associated with the project
they are managing. They also don’t need to wait for IT or Accounting teams to export and import data manually as the
integrations work in near-real time to keep information in sync. In addition, Calance’s “as a Service” approach ensures
the various integration flows are maintained, updated, and automatically enhanced as the underlying Procore APIs and
PeopleSoft Component Interfaces evolve.
See more information on our integrations here.

Boston Children’s Hospital saw immediate benefits from this integration. Al Nover, Facilities Finance & Contract
Manager for Boston Children’s Hospital explained, “The integration of ERP data enables us to effectively
manage the cash flows of a $1.2B project in Procore.” He went on to discuss the service he received stating,
“Calance has provided world class assistance to us to make this integration process go as seamlessly as
possible, and they’re a pleasure to work with.” After implementation, there was an elimination of double data
entry into their systems. This means that instead of having each piece of data manually imputed into their system, the
integration did it automatically. As a result, the data quality increased, as human error was eliminated. The automatic
action also allowed for instantaneous data entry, where in the past these data points were only updated manually. With
increased efficiency, data entry was put on the back burner and workers were able to focus on what really mattered:
making children well.

With the Procore + PeopleSoft Integration you can:

Boston Children’s Hospital is one of the largest pediatric health care centers in the United States. They offer a complete range of health care services for children from birth through 21 years of age

Calance is a global IT Services firm operating in the United States, Canada and India. Calance provides simple scalable integrations between Project Control and Financial systems for construction and other asset-intensive industries.  With a long history of success, Calance is dedicated to improving project efficiency.

A Quick Guide to Calance Integrations 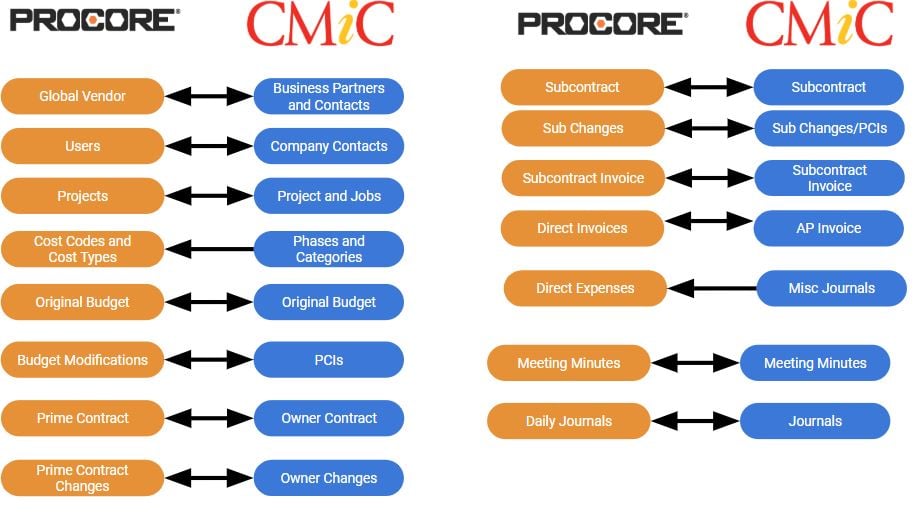